The Politics of Balon d’Or

By Edward Amah The politics notwithstanding, congrats to Messi. He is unarguably among the best 3 to have ever played the game....

The politics notwithstanding, congrats to Messi. He is unarguably among the best 3 to have ever played the game.

However horrible, it’s now obvious that we’ll have to live with the fact that Ballon D’or Award is done to lure players to La Liga. It’s obvious why Hazard left Chelsea, and this reason will make Mbappe leave PSG soon.

It’s now obvious that Modric won it because Ronaldo left La Liga. They wanted to end the Ronaldo-Messi duopoly, and they saw an excuse to do so — Modric’s world cup performance. They never wanted the ‘Golden Boy’ to surpass ‘FIFA’s Boy’.

Someone said Modric played well in the World Cup. So, what happened to the year Schneider won Champions League with Inter Milan and also played World Cup Finals? Most people expected Schneider to lift that Award, but it didn’t happen. It was given to FIFA’s Boy. What special thing did he play that year?

Certain coaches have said that if contributions to National team are considered the way it should, Messi would never win a single Ballon D’or. But what happened in the year of Modric? The contribution to national team was considered. They also forgot the class of people Modric had in his Croatian team — they were all outstanding.

The same year, Ronaldo was practically the pivotal point of his national team, and we saw him decimate Almighty Spain in the same World cup — a team that had both Real Madrid and Barcelona defenders. They couldn’t even stop that dying minute free kick from Ronaldo. Everyone saw Ronaldo playing and directing teammates at the same time, yet it’s unfortunate that people get to make certain remarks such as “he only scores.”

Maybe Messi understands the football Politics more than Ronaldo, for I doubt if Ronaldo will be given that Award while in Serie A. Poor Ronaldo must have had his regrets last year, and the Politics must be clear to him by now.

This current Season has been bad for Ronaldo, and unless his injury is attended to, he may not even be a contender for the next Award. Adding to his woes is a clueless Sarri who doesn’t know how to use Ronaldo and Dybala. Allegri made proper use of both — he started both together in most cases. Sarri doesn’t even use Bernadeschi well, for most coaches have seen that bull dog as a proper replacement for Arjen Robben — he can’t be like Robben, but he cuts well from the left too. The way it is, even if Ronaldo picks up form again and becomes outstanding, they won’t give it to him unless he returns to La Liga.

Lewandowski is currently on fire, but let’s see how his story ends. I just hope he’s able to make it so obvious the way Ronaldo did in England, otherwise no one would consider a Bundesliga striker for the Award. They said Van Dijk is just a defender, and Liverpool didn’t lift the EPL. Sad political stories.

Funnily enough, Ronaldo was the last player to win it from another league. That year it was so obvious that the devil would be annoyed had they denied the Golden Boy that Award — they had no choice and no excuse, so it went to England.

Also, while crucifying Ronaldo for not attending the Award, I think it’s proper to note this news:

“CR7 was set to go to the Gran Gala of Calcio, where he earned the MVP(Most Valuable Player) for last season in Serie A as well as other prizes. He had 22 goals and 13 assists in his 33 appearances.”

The Award was also last night in Milan(Picture2) . Only an outstanding player can achieve this feat in 3 of Europe’s top Leagues. He has done it in England, Spain, and now Italy. Why would you leave where you’re about to be worshipped for some other place? The issue of his not attending the Award shouldn’t be something that creates worries — it’s plain logic.

Maybe Messi doesn’t need to leave Barca to prove anything, since it gets him the awards. Messi is a wonderful player, and no one can argue that. He has his bragging rights too.

But I stand with that King whose performance can be seen in all hemispheres. He has delivered for his Country and wins almost Everything for the clubs he has played for. Unfortunately, he’s currently playing in the most dangerous league in the world, and injury could fade him away if he doesn’t navigate the waters well. He has managed last three matches with injury. Let’s hope he will resume his impressive display like he did last season.

My disappointment notwithstanding, I’ll enjoy the excitement these Kings bring to football while they last, for it seems their replacement is yet to be born(if they’ll ever be replaced when they eventually fade away). 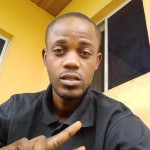